Grab the keys and let’s go for a ride 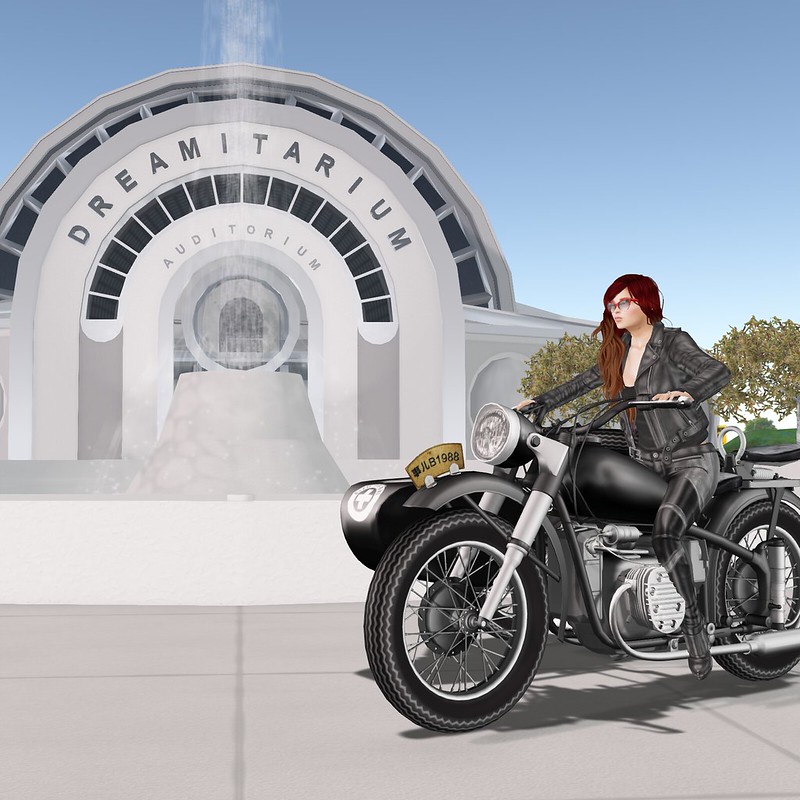 The theme for SL12B this year is “What Dreams May Come” and having a backstage pass gives me a lot of insight into people’s dreams. I toodled around the sims on a motorcycle by NiR McBride that I got The Men’s Dept after I finished my own exhibit and enjoyed the views that are developing. Of course, nothing is completed, so I was careful to skirt around and not show anything that isn’t already kinda public, like the awesome Auditorium.

I put on an easy look—the new outfit Paul Lapointe and Bastchild Lotus have released at their store, a set of their best pieces in black—jacket, jeans and boots plus a tank add-on that includes a HUD with several texture choices. This is a great entry level into their stuff and lets you test out the fit for yourself. (And the fit over my Maitreya body is fantastic). 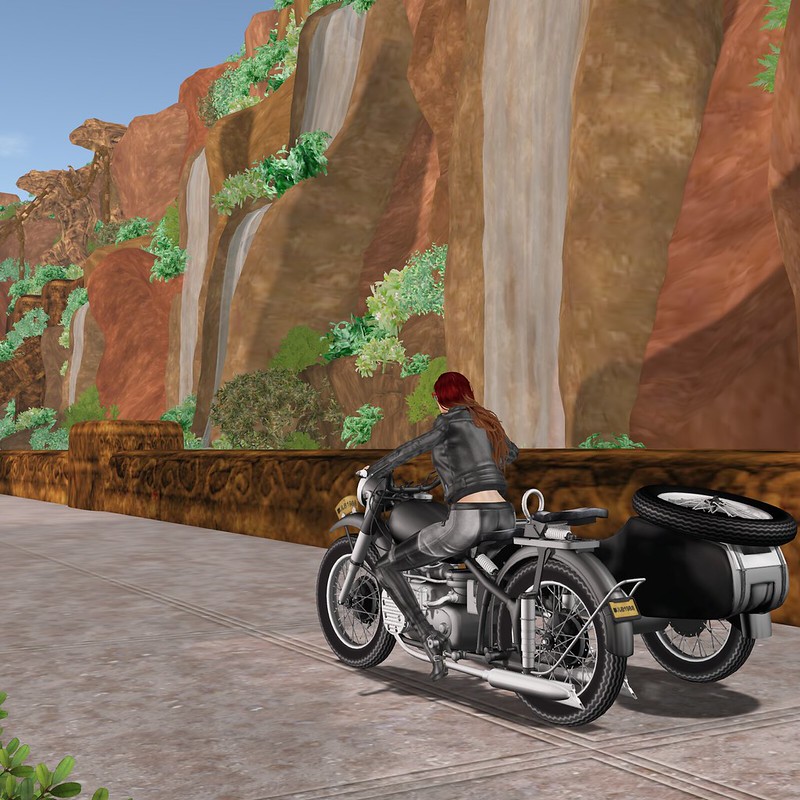 Shylah Honey’s newest hair for On9 was my go-to look for this adventure with the wild wavy locks pulled to the side. I have put Umazuma Metaluna’s gorgeous skin applier on the Lotte head from Jadenarts. She is selling this set at the Chapter Four and I have to say, it’s sublime. The freckled version is gorgeous.Sunglasses from Glamistry with his great texture-change HUD keep the glow out. (“Future’s so bright I gotta wear shades…”) 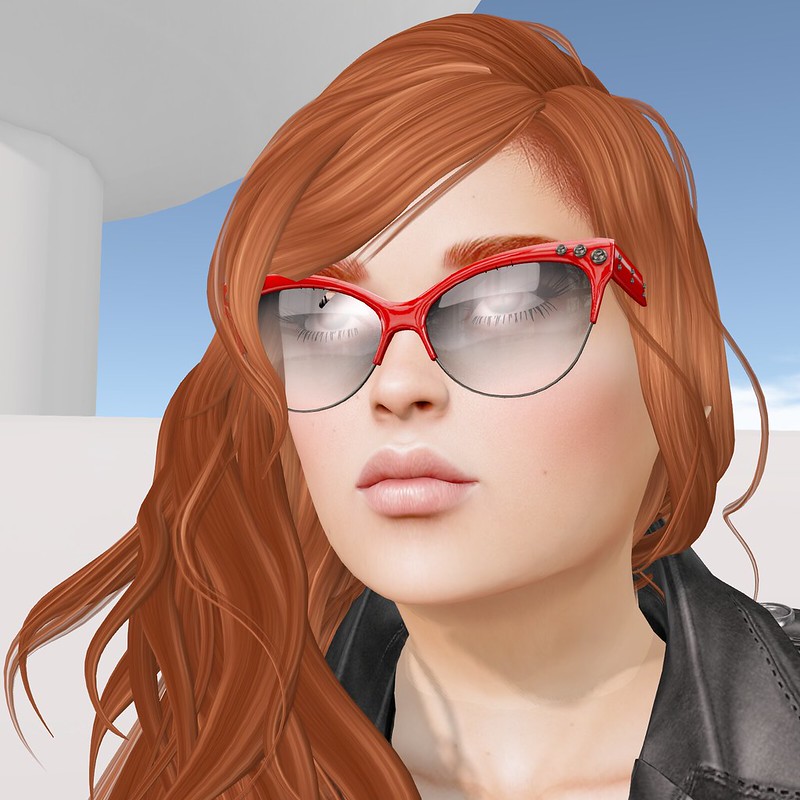 Motorcycle: [sau]Kuazi[lite][TMD][Matt Black] by NiR McBride for [sau]motors, available at The Men’s Dept