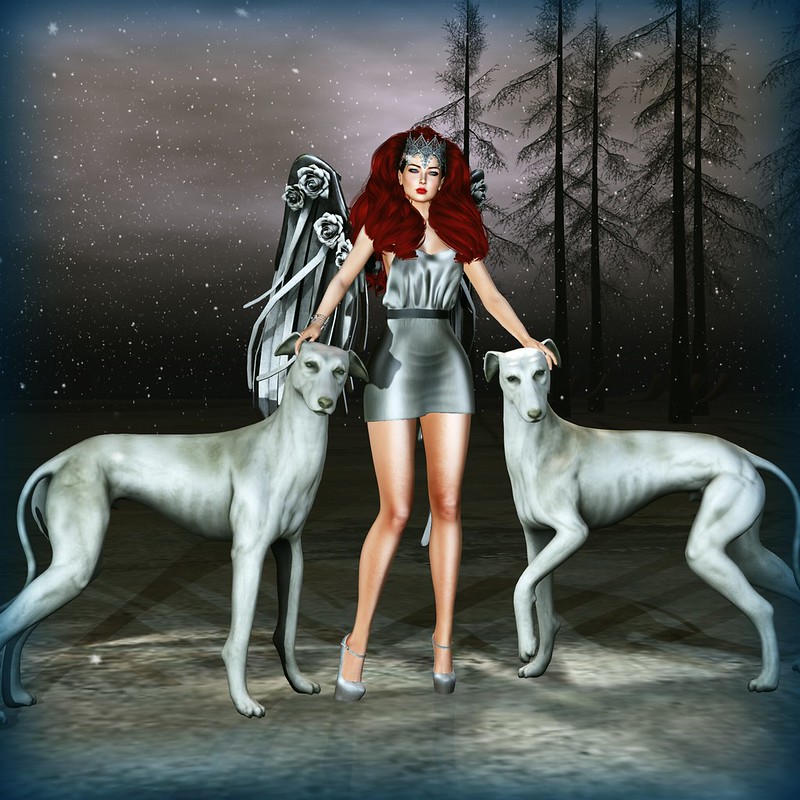 Oo! Welcome to your next ear worm! Adele just released her new song and of course, it’s stuck in my head. So I can’t think of another name for this blog or anything else that matter because of the song in my head. Grrr….

I visited Furillen again to take photos of my silver angel and her pups. I had started my look with Erratic Rain’s newest mesh dress in Silver, which had a beautiful sheen from the lights I used with the Lumipro and is perfectly fit to the Maitreya body. (You can rez—temporarily—at Fursillen. Taking these shots was a challenge as things kept getting returned as I lined other things up. But I prevailed!) Glamistry’s newest shoes were the perfect look for my angel, a platform mary jane with texture change HUD. And I wore GagaQueen’s darling bracelet from Shiny Shabby as accessory plus the magnificent and romantic wings I saw from AxsisThorn when I was doing the TAG Gacha rounds. (These are not a gacha—I just peeked in his store and was wowed.) 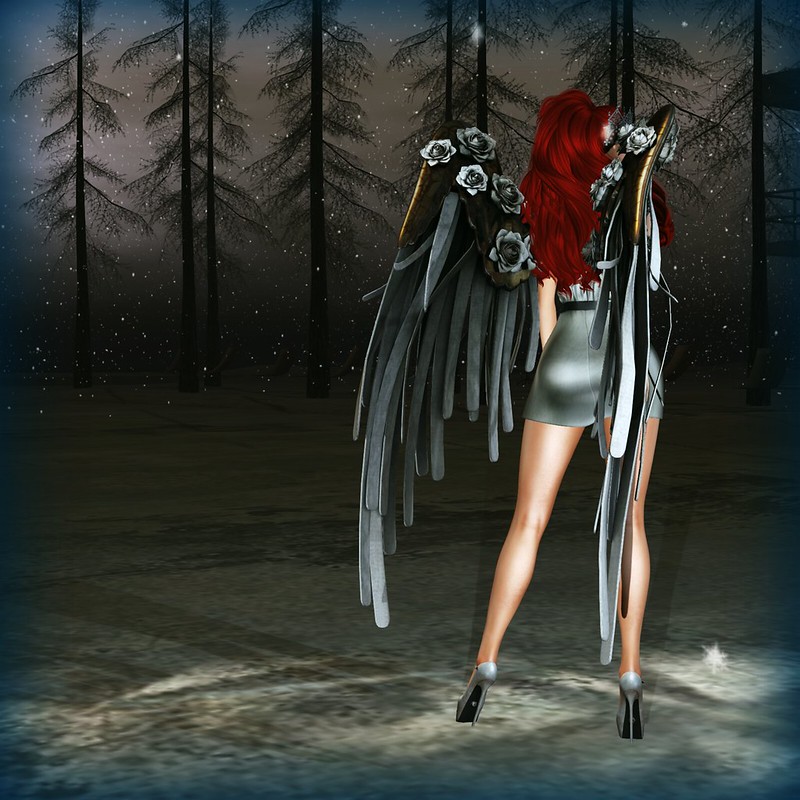 My skin is Aleida Rhode’s newest, which is an applier she made for the Catwa Jessica head. This is an original hand-drawn skin that comes with the applier for this specific head but she also has the Maitreya body applier, Omega body and head appliers and regular system skins. She also has a separate makeup HUD for the head, and the whole bundle is her exclusive at Shiny Shabby. Constance Daehlie made a set of very large irised eyes for the Pastel Gothic, and I thought a pair would suit this fantasy look. And Thora Charron just came out with this royal hair, full bodied and rich, with a gorgeously intricate separate fantasy crown you can wear that includes a color change HUD. With my greyhounds from Garvie Garzo at my side, I feel like a queen. 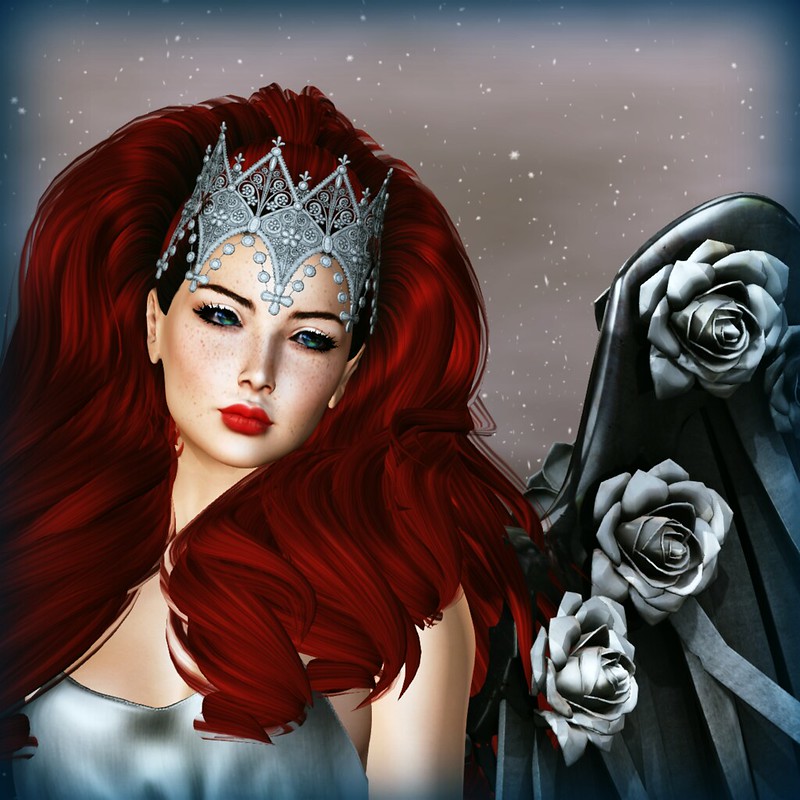 Pups: Greyhound – Watcher and Poser by Garvie Garzo for meadowWorks, available at the Chapter Four *