“There is nothing holier in this life of ours than the first consciousness of love, the first fluttering of its silken wings.” ~ Henry Wadsworth Longfellow 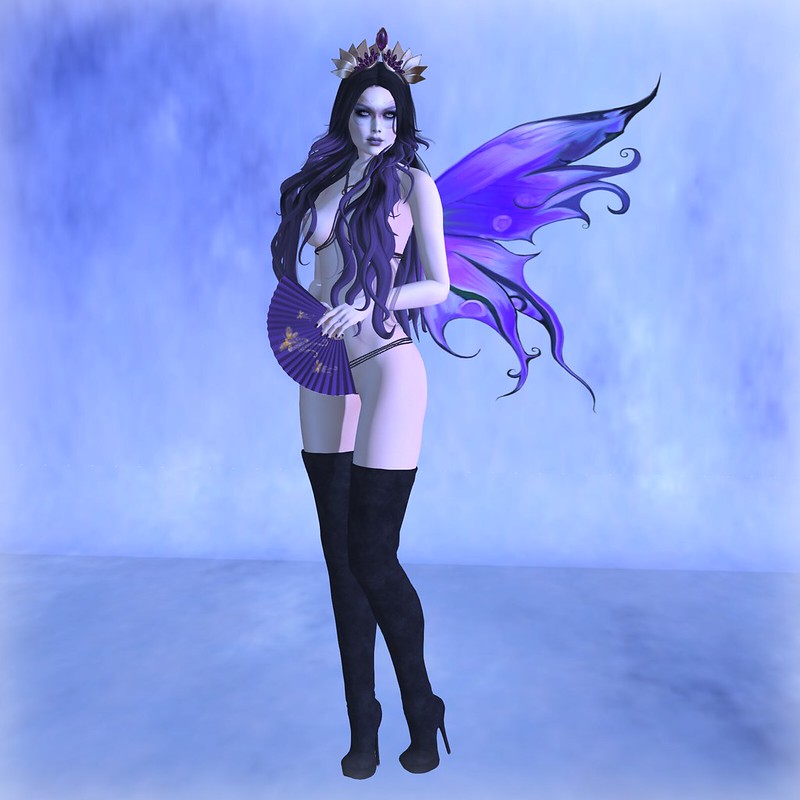 My beautiful sexy fae is today’s fantasy, a winged queen with a sensuous look. Start with the lascivious pearl harness Sigifaust has made for this month’s Shiny Shabby. It was fully modifiable so I could shape it around my Maitreya body. I added Bax Coen’s up to there thigh high boots, this version made specifically for the Maitreya body, and a beautiful crown of jewels from Donatela Couturier to grace my butterfly queen. Pretty wings from artladyjas make her a butterfly. 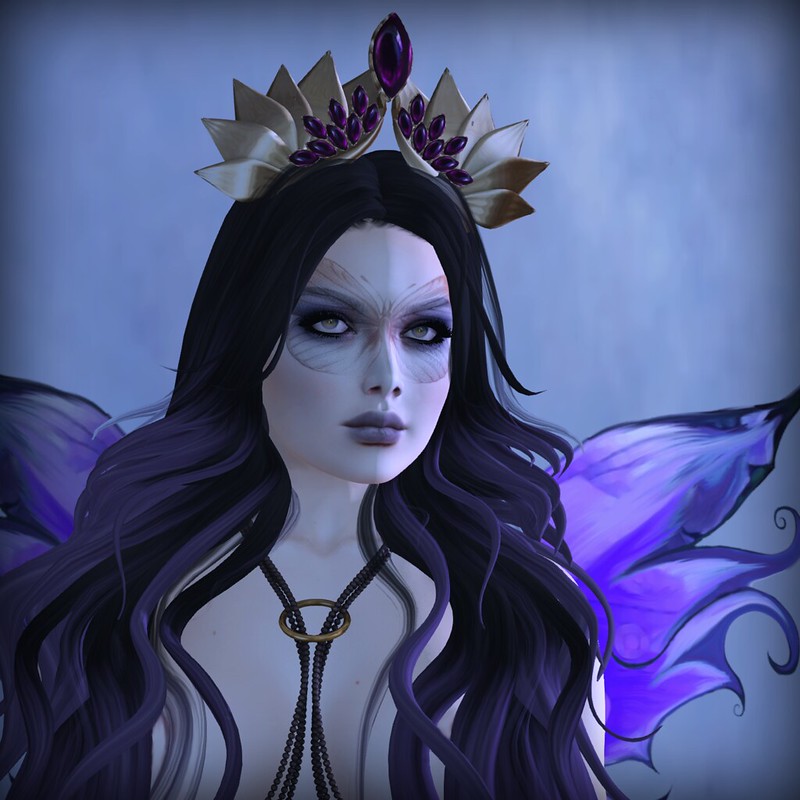 My inspiration started with one of Umazuma Metaluna’s gorgeous appliers for the TAG Gacha with a butterfly stamped across the eyes and luscious purple lips. I have to say that Uma’s skins are gorgeously evocative on the Catwa Jessica head and they photo so beautifully. I can’t want for her to do more! I chose beautiful mesh eyes from Soleil Reid to echo the gold and purple in my outfit and I colored my hair from Shylah Honey, one of hers at the Fantasy Collective, with one of the 40 colors in their new HUD. What a fantasy! 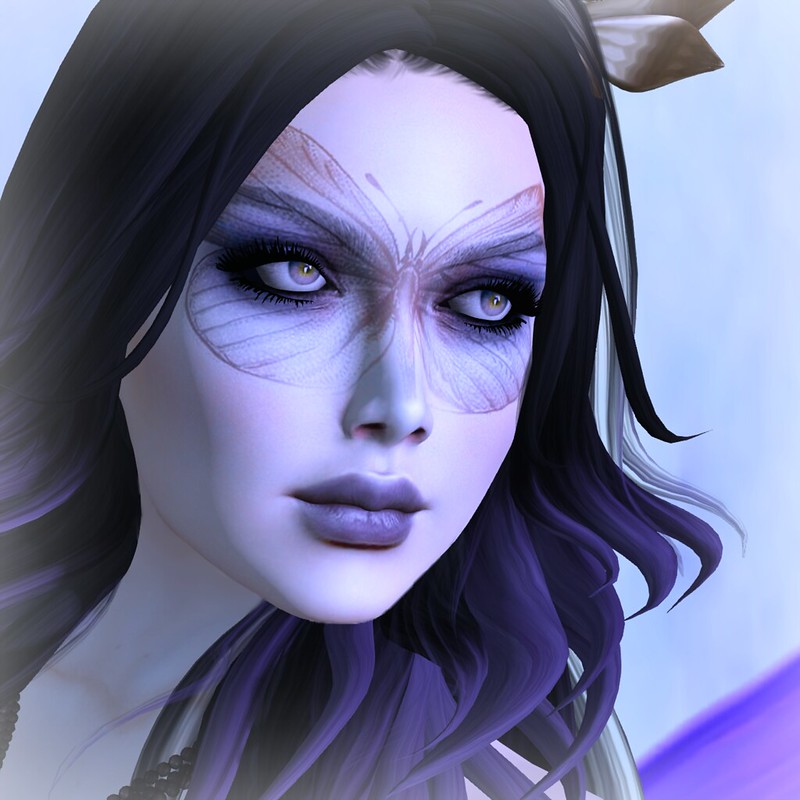 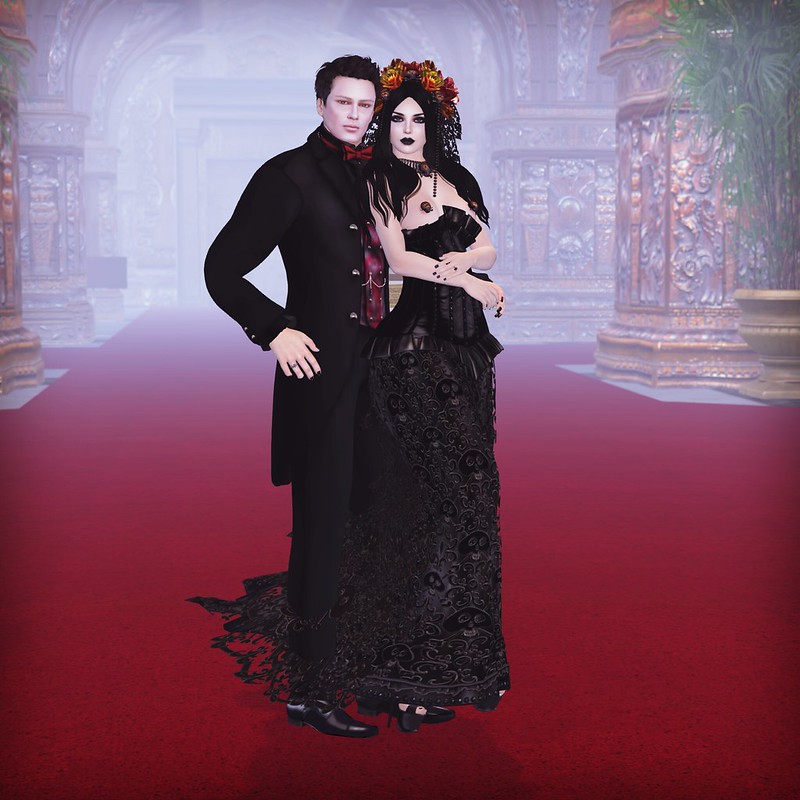 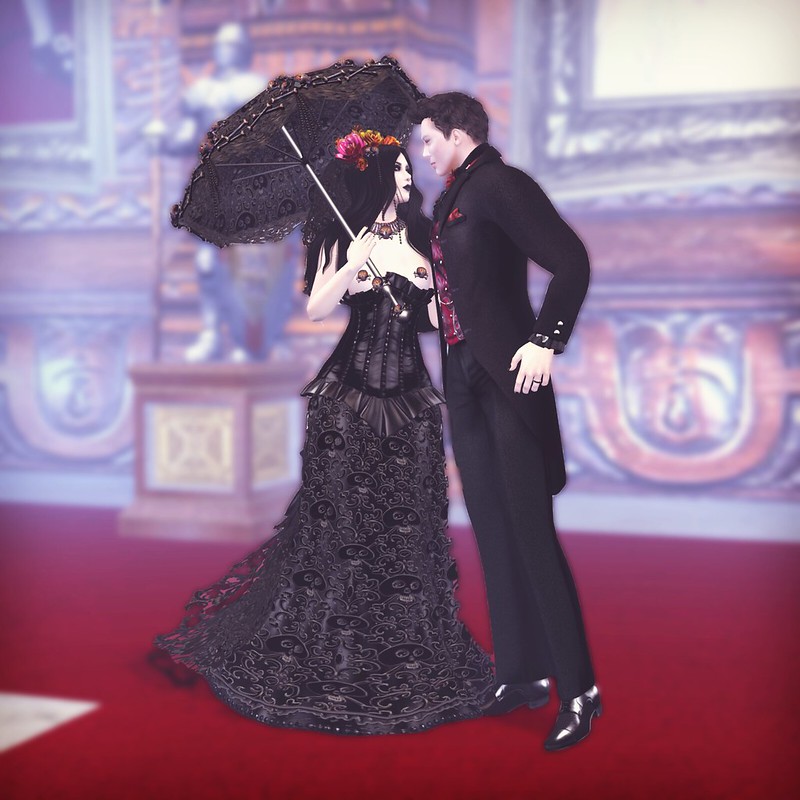 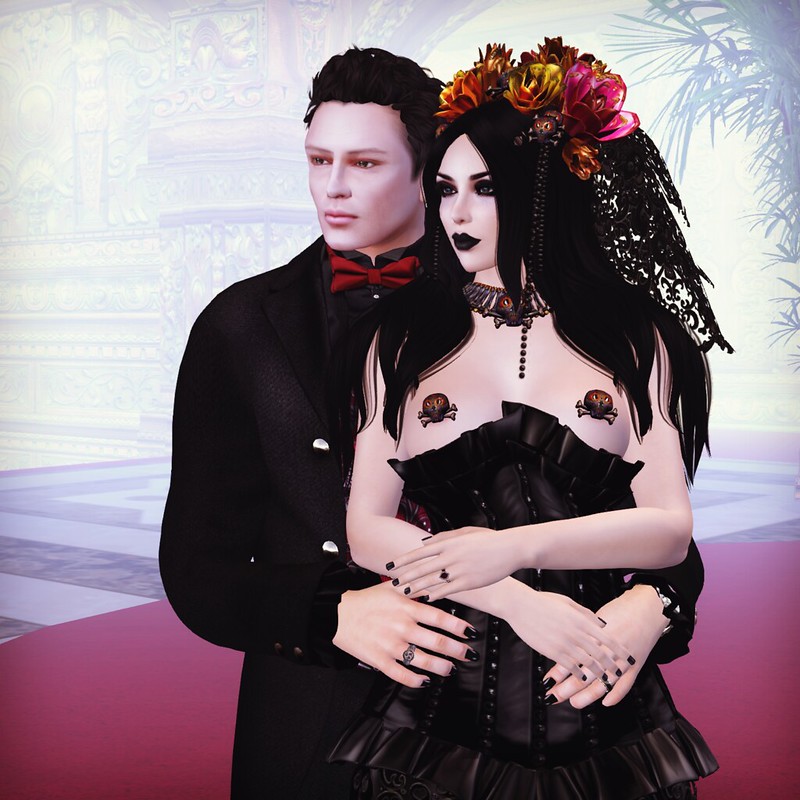 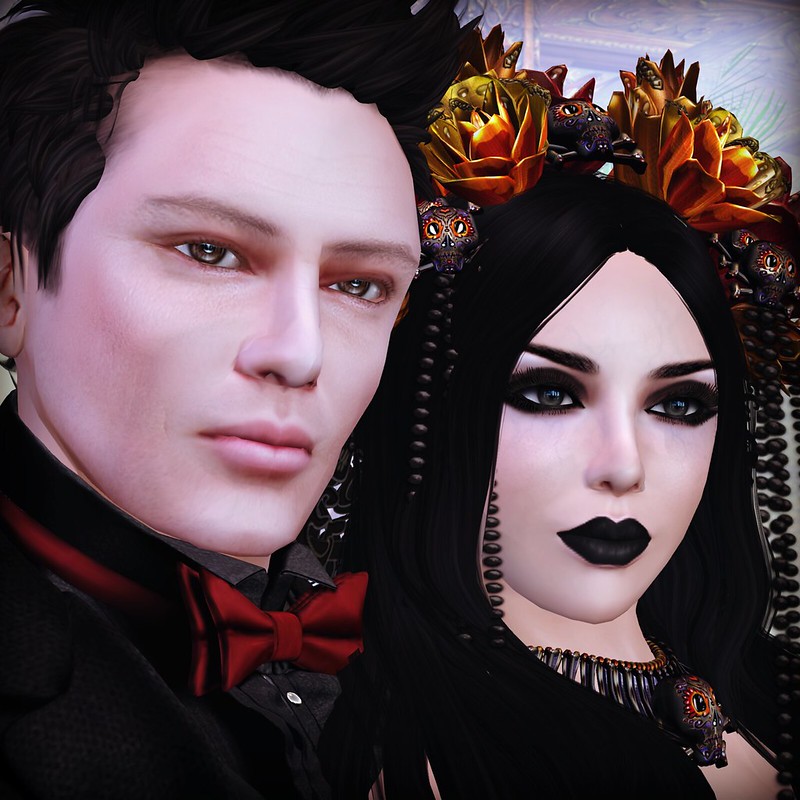 “Life is worth living as long as there’s a laugh in it.” ~ L.M. Montgomery, Anne of Green Gables 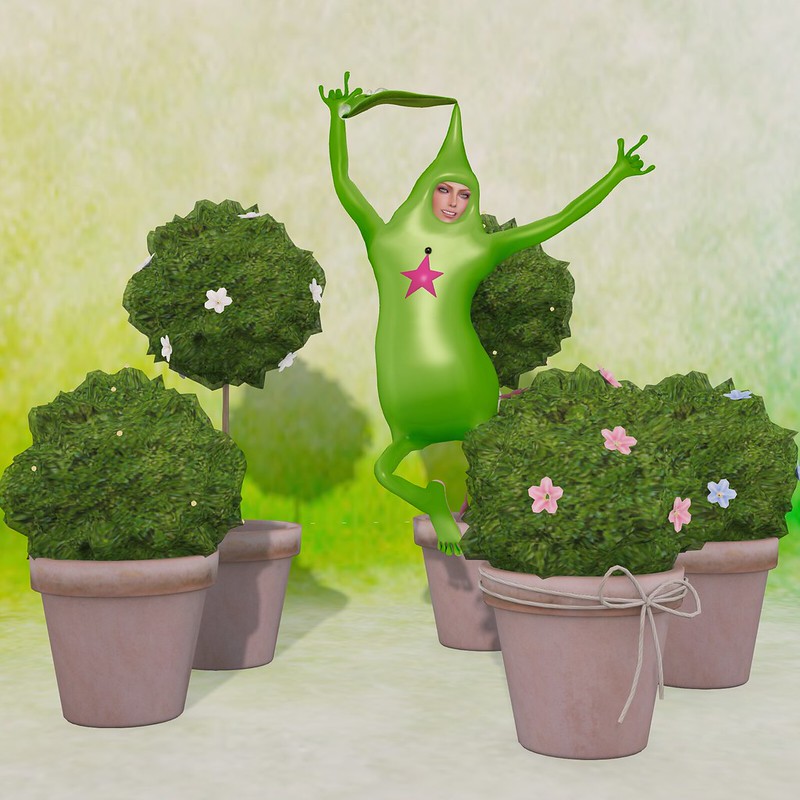 One of my goals with this blog is to find things people will want to do or spend money on in SL that will enhance their experience. I don’t get to show everything I enjoy but this time I want to share with you, my dear readers, this darling little avatar from Hiko Nino, which is one of a set she made for the TAG Gacha. A member of the Skin Addiction group, who had spent way too much money on the gachas in this event, sent me this avatar and I loved putting it on and wearing it. With an AO built just for the avatar (which includes a ton of great poses), it’s fun, hilarious, silly, goofy, and all the stuff that contributes to the play we like so much in SL. The rare edition also allows the choice of colors for the avatar and the star. I posed among Sway Dench’s topiaries for today’s Fifty Linden Friday. The flowers have color change in the menu script. Yay! 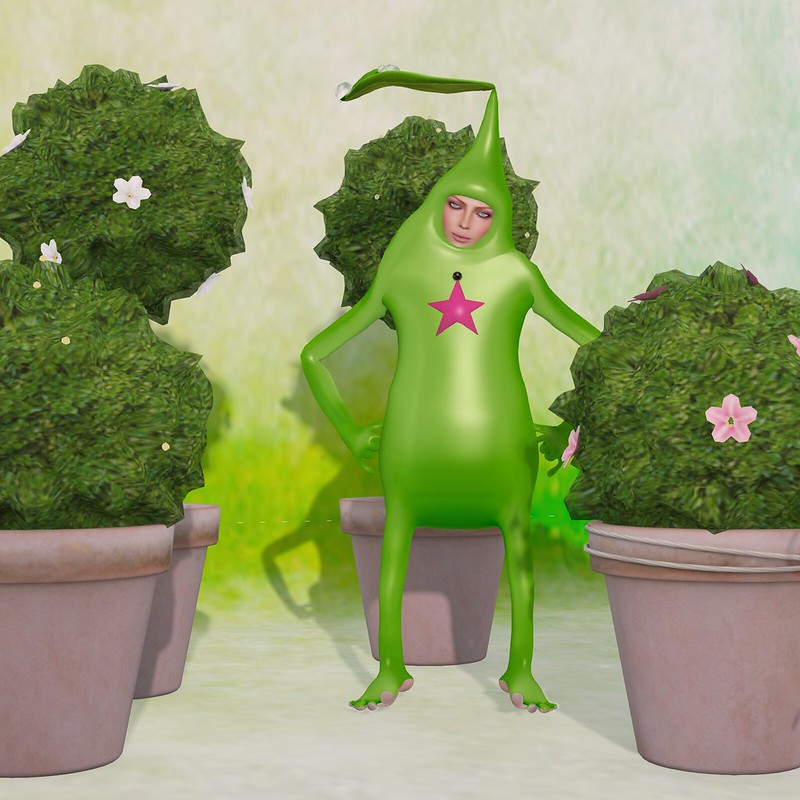 The TAG Gacha itself is a pretty interesting set-up. You go to their parcel and click for a HUD from a sign and then you walk into the circus tent to have it activated. (It took me a bit to understand this because I wasn’t reading the script text in chat as I should have been.) It’s not entirely apparent how it all works so I am giving you the hints here. Then the HUD uses the new features of SL to teleport you to all the participants to see their gachas. This is beneficial in a few ways: 1. you have to see all the gachas so all the creators get a crack at your attention and a chance for you to see their store, 2. you aren’t stuck going to one laggy sim and fighting to get in. Once you fill out the whole card (and there are a lot of great creators participating), you get a chance to go their bonus room, which has more gachas from other creators. The biggest downfall of the event is the adherence to a circus theme. How many more circus things does a person need? They should have let the creators choose what they wanted to sell in the gachas. 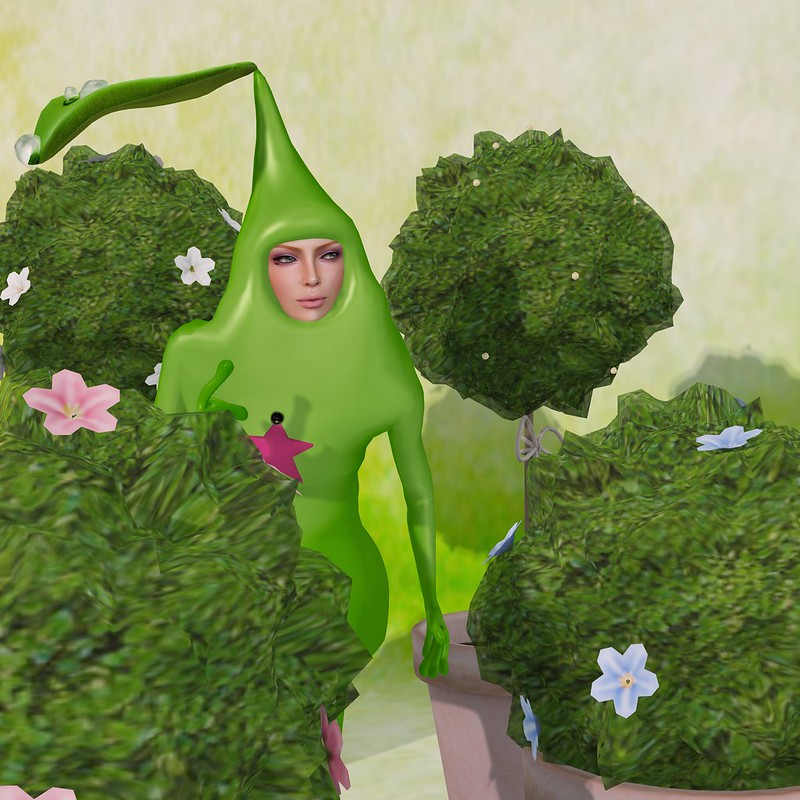 Topiaries: Sway’s [Greta] potted topiary with lights or flowers, with bows or not by Sway Dench for Sway’s (available for Fifty Linden Friday) *

What, me worry? I never do
Life is one charming ruse
For us lucky few 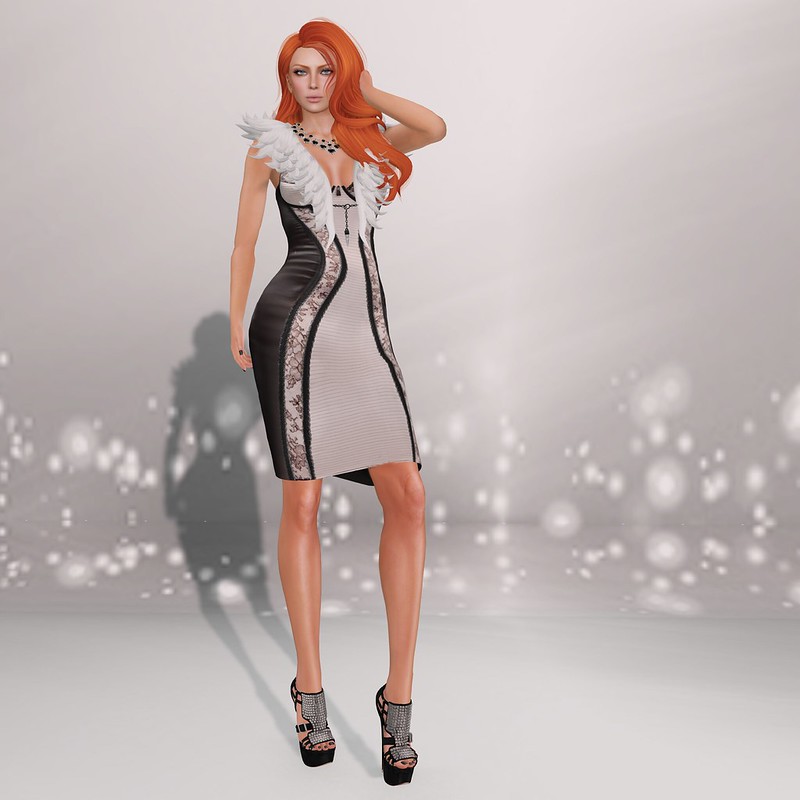 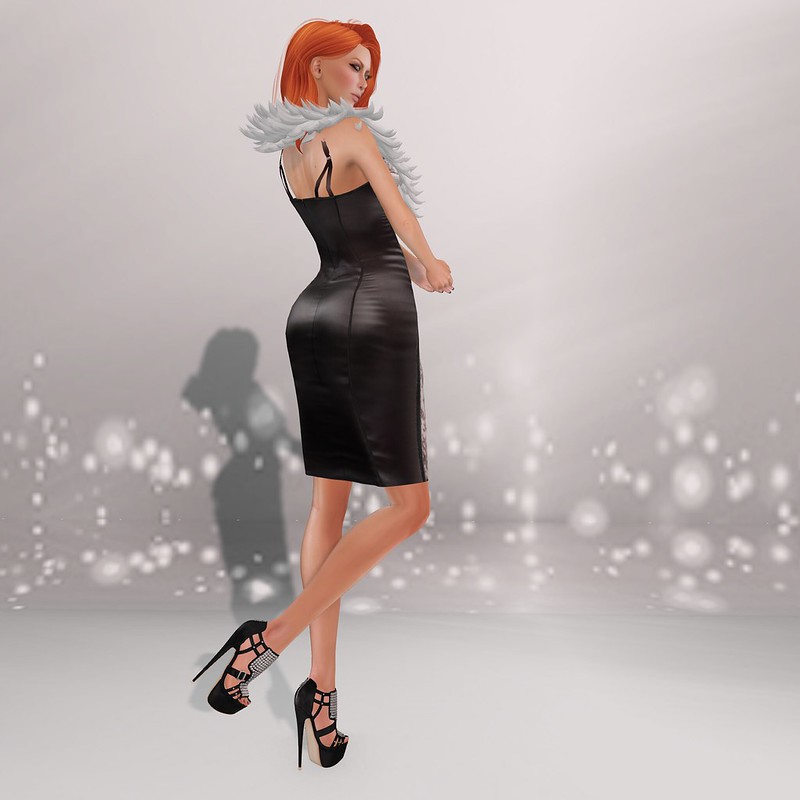 Shyla Diggs doesn’t stop stunning me with her beautiful skins, this one a set for The Liaison Collaborative. I can’t help but feel devastatingly gorgeous in this skin with the balance of a well-done eye with a muted lip and beautiful features and of course, her perfectly groomed brows, matching my ginger hair. This ginger hair is Bubbles Clawtooth’s newest for the TAG Gacha, a style that comes with beard and mustache (so you can look like that “lady” who won Eurovision, I presume). To be honest, if her hair is this glamorous, she deserved to win. 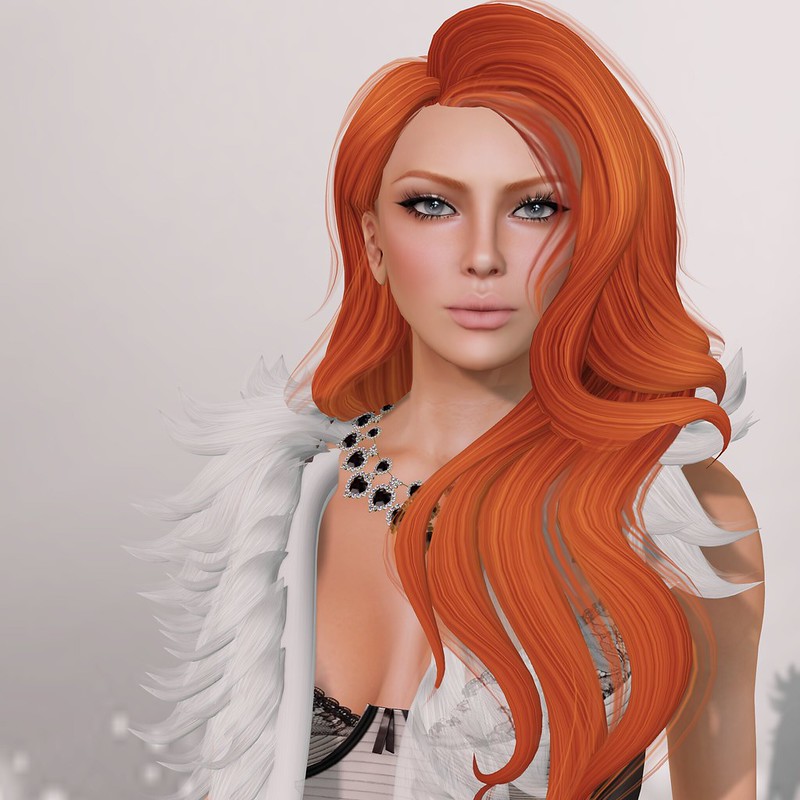