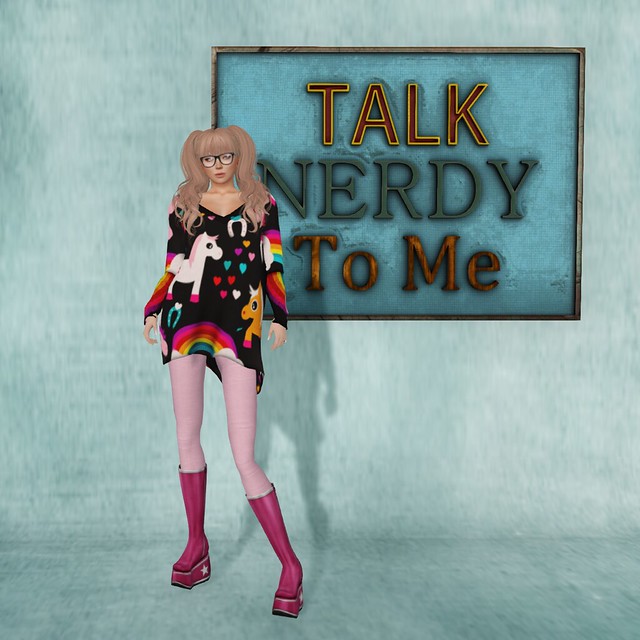 I’m a nerd. I admit. I am a nerd about SL. I passionately love SL. I love my friends. I am an “enthusiast.” The way I see it, some people geek out about knitting, some geek out about model airplanes, some geek out about the Raiders. Me? I geek about SL. There’s nothing like meeting an SL friend in RL and suddenly conversation turns to Burning Life or Maitreya shoes or gestures or why you can’t teleport instead of taking the stairs. (All such conversations happened this weekend when Eshi and I had drinks with an SL friend who was in from out-of-town.)

Eku Zhong makes some of the coolest stuff including shoes for KoiKoi and furniture and structures and other whacko stuff for Culprit. She made this silly sign for the KittyCatS Advent Calendar and it’s honestly a perfect piece for most of us SL nerds. I couldn’t resist wearing this awesome sweater from Dawn Brunswick that she is selling at Frost. It comes with six equally uh… “interesting” textures including one with big furry kittens. My boots are Tatyana Ultsch’s super fly boots for Frost, which include a HUD that allows the addition of a strap and other decorative features. 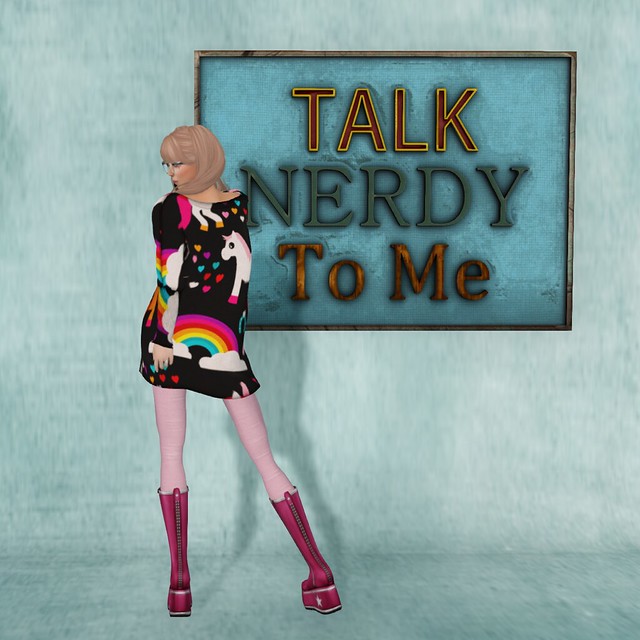 I put on Truth Hawks’ great long ponytails with bangs. They really aren’t that nerdy but I needed something whimsical and this fit the bill.  I love Jade Glazner’s skins because of the clean palette they give for wearing makeups. I wore her cateye liner so my eyes could be seen better behind these great nerdy glasses from Laika Saintlouis—cuz even a nerd can be cute! 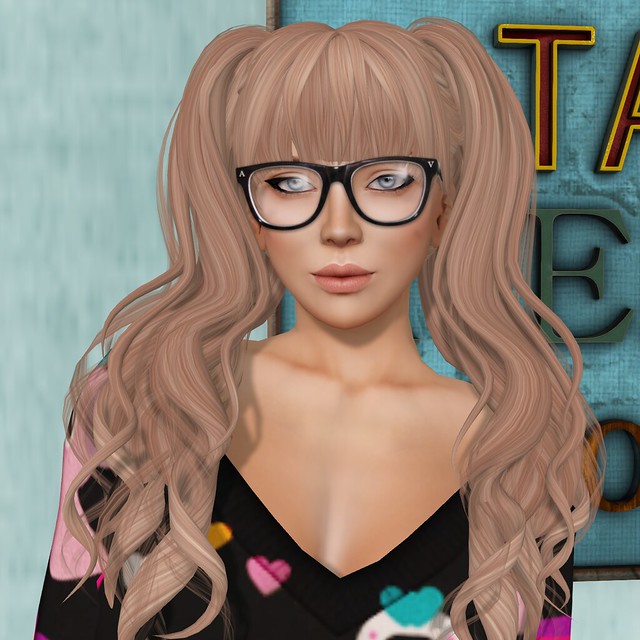